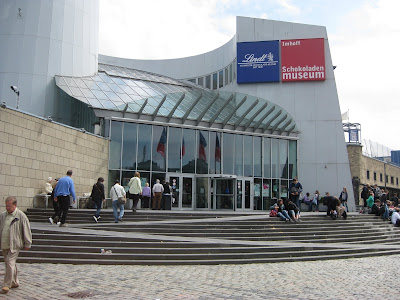 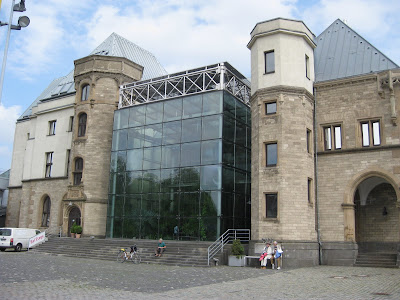 The top photo is of the right part of the building
and the bottom photo is of the left.
The Schokoladenmuseum dates back to 1993, and it sits on an odd sort of pier on the Rhine in an interesting two-part building with lovely views of the bridges and the eastern section of the city. In 2006 the museum partnered with Lindt, and now there's a Lindt chocolate fountain and an entire mini-production line making tiny Lindt milk chocolate bars, a great way for children and adults to see the chocolate-making process up close. Despite the corporate presence, there's also mention of the less savory aspects of cacao growing and the weird history of chocolate advertising, as well as displays about a whole assortment of non-Lindt chocolate companies, like Milka and Kinder. I'd expected less when I saw a big Lindt sign on the building, and I ended up pleasantly surprised.

This museum more or less thought of everything. The first level is particularly kid-oriented in terms of the way the displays were designed, with short eye-level peep holes, buttons that light up countries on a map, and facts hidden behind tiny doors, but really they're a way of making the chocolate business interesting, and frankly there's plenty that would cause kids' and many adults' eyes to glaze over. If you're really interested in chocolate, though...


...and big blocks of text about cacao farmers' compensation (L)


or how the beans are traded on commodities exchanges.


(You can also peruse the website, which gives a brief overview of what's in the museum.) This is all a bit dry, but there's actually a lot of info floating around this first chunk of the museum, more than I've seen anywhere else. 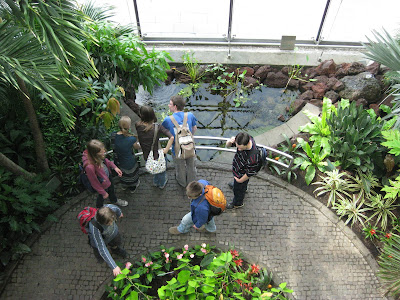 Tired of reading? Head into the tropical greenhouse, which simulates the environment in which cacao beans are grown.

The rest of the first level and much (all?) of the second is the production line and chocolate fountain, which are surrounded by plexiglass (including employees!) so that visitors can see every part of the machines. 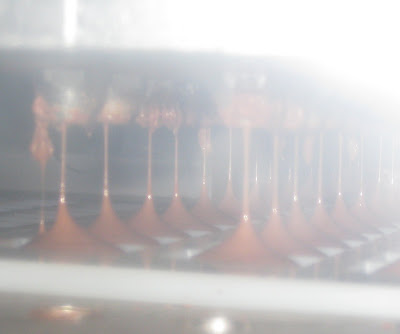 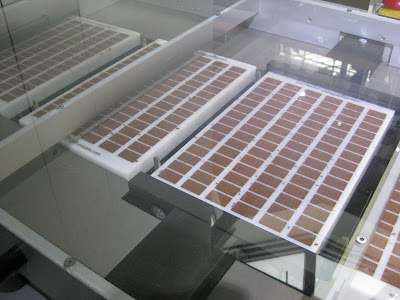 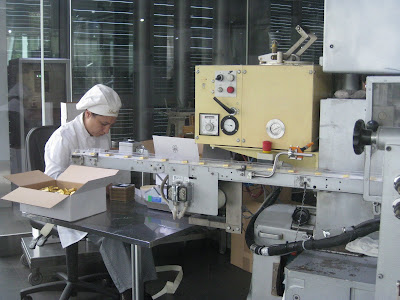 It can't all be machine-made, apparently. 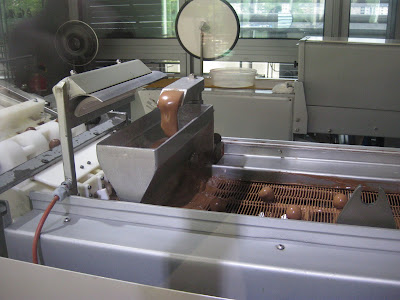 A separate line working on truffles--see them rolling down on the left?
The coating blorps intermittently from that contraption in the center,
and the coated truffles move on the conveyor into a cooling box (off-camera). 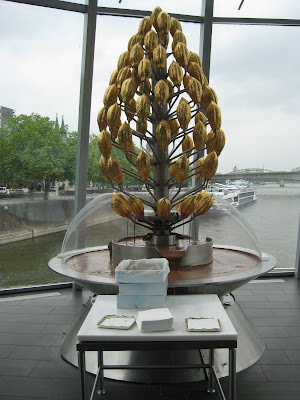 The Deutzer Bridge, as seen from the window of the Schokoladenmuseum. 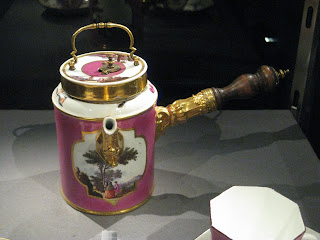 Upstairs is a large exhibit that starts with the history of chocolate consumption, what you already know about ancient South Americans but also the early western chocolate-drinkers, with their fancy serving sets and chocolate parties.

Then come rooms and rooms on European chocolate production and advertising. 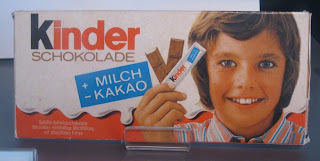 Pre-Photoshop airbrushing was weird, too.
A couple of my favorite exhibits were an old Stollwerck commercial (I think this kid was too thin until his parents gave him Stollwerck chocolate to drink?)... 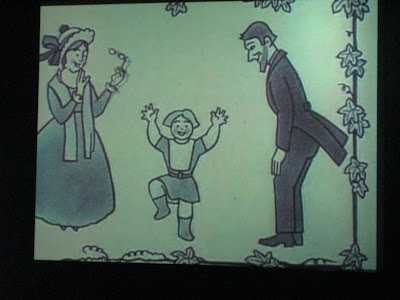 ...and the history of the Sarotti Mohr (i.e. Moor), a logo that is obviously problematic. He used to look like this, more or less, until the current owners finally bowed to pressure in 2004 and changed him to a stylized magician. (The company website is here, and is full of annoying Flash and music.)
Take-home on Köln's Schokoladenmuseum? If you're into chocolate and anywhere near Cologne, it's worth it to see a whole chocolate museum that goes deeper than you'd think. FYI, the only free samples you'll get are the little Lindt bars at the ticket counter and a wafer dipped in chocolate from the fountain, but if you want more, you can fill up at the museum gift shop or café. Also, you're at a chocolate museum, which means so is everybody else, from American families to local high schoolers on field trips. 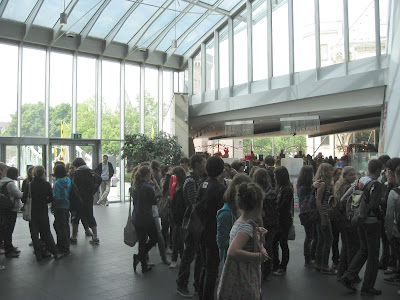 If you aren't able to make that big trip to Europe, just look at the website and think about how fascinating chocolate is, from history to farming, processing, and marketing. It's simultaneously luxury item and treat of the masses, a lesson in world trade that touches every continent (I bet even Antarctic workers pack candy bars in their luggage) and every age, a product that can cause suffering and joy. Amazing!
at 12:00 PM